Season 97/98 built upon that success and featured nine world leagues. For the first time more than one league could be played concurrently, giving players an option to try their hand at managing in a different country during their simulated managerial career. The game was immensely popular. It was a football simulator that struck the perfect balance between realism, accessibility and fun.

It also showcased new and emerging features which Sports Interactive hoped to incorporate in future versions. Because of this the game was released without copy protection in the hope that people would share the game, and then buy the next game of the series in the future.

The lack of copy protection didn’t hinder sales; it still went on to become one of the bestselling games of 1997. Following on from Season 97/98 the Championship Manager brand went from strength to strength. Best sellers followed year after year until Sports Interactive’s acrimonious split with publisher Eidos in 2003. While Eidos retained the name, Sports Interactive held onto the game database and engine. In 2005 both were successfully transferred to their Football Manger franchise. Every year since has seen a new, and bigger release, packed with more and more enhanced features. Despite this, Championship Manager: Season 97/98 still remains a game worth playing; a fun reminder of simpler time.

Running three leagues at once, a myriad of stats and tactical options, and if you were no good, the famous diablo tactic. I was brilliant of course, and me and Bobby Robson (God rest his soul) used to play together on a Sunday evening. He was always Newcastle & I liked to be Spurs. These days I like to play CM 01/02. It's still the best footie management sim to this day. Me and Gareth Southgate like to sit down of an evening, I put the Sinatra on while he loads up the game. 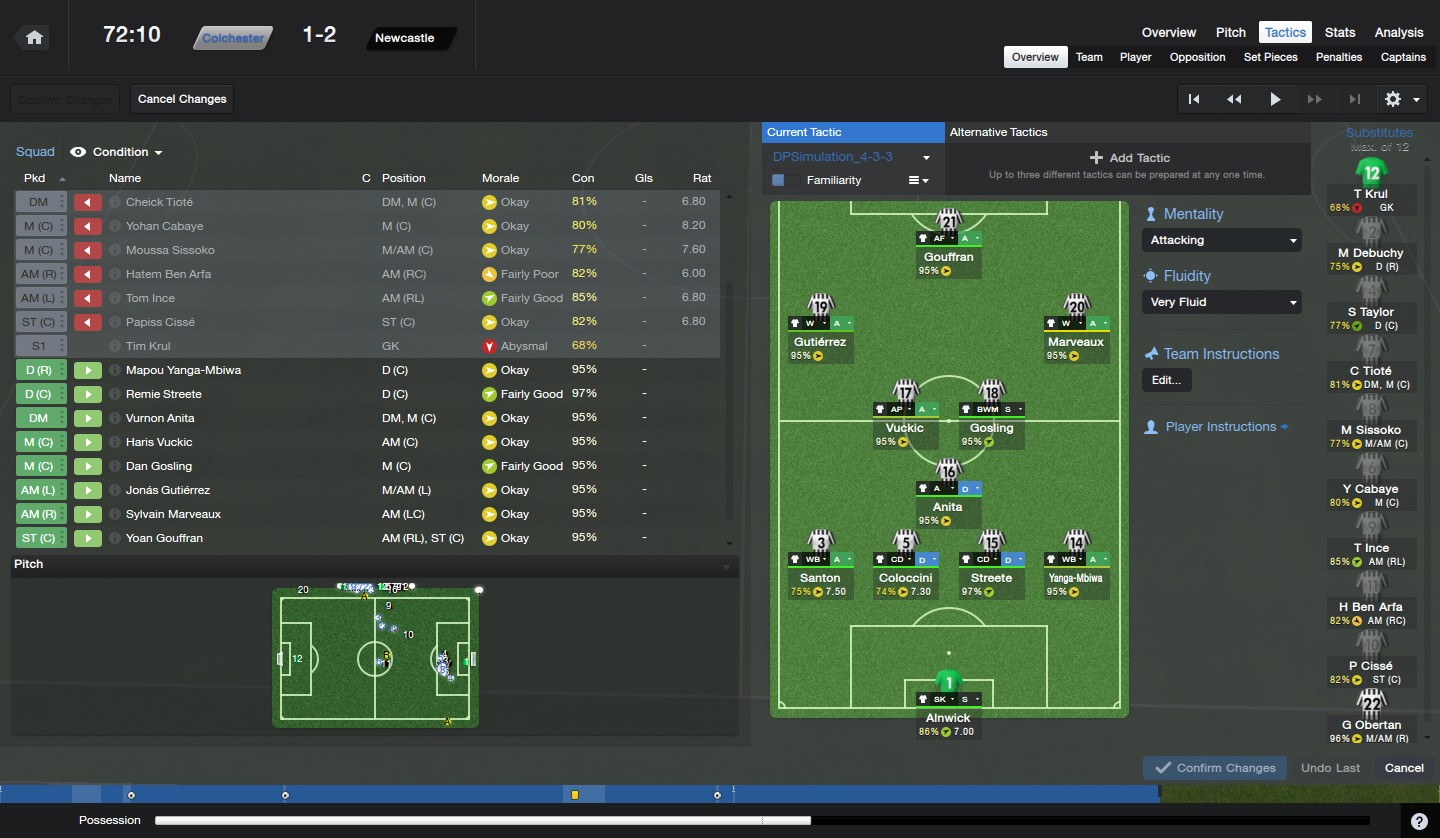 I insist on being England (just so I can make his in-game namesake actually score penalties. Haha) and he then goes for Middlesbrough. The lad done good. Wistysboy 2015-04-24 -3 points DOS version best thing about this version of CM is that you have an editor program that allows you to edit your players. You can choose any player profile and then just edit the team name to your own. You can even edit attributes to make average players better, as well as editing your club attributes to raise your stadium cpacity, league level, even your cash. I took a low team Torquay, pumped them full of cash and gave them a 50,000 capacity and added Batistuta and Klinsman to the squad.

Within 3 years were in the EPL and winning the CL inside 4 seasons.