This article is an updated step by step guide on how to compile the toolchain and Foundation framework for Ubuntu 12.04 (32 bit). Most instructions from the are still valid, however, there are a couple of changes, both for the Cocotron Developer Tools (CDT) and for the files needed from the Linux system to create a functional platform interface. Things You Will Need. A Mac with the latest Xcode and developer tools installed; you will use this for cross compilation.

I used Xcode 4.6 on OS X 10.8.2 to test the steps described in this article. Older versions of Xcode (4.x) and/or OS X (10.6+) should also work. A machine with the target Linux system installed. We will use bit here. Installing Ubuntu as a guest OS in a VM is fine.

We are going to get these in this step. Don’t worry, this is already the most complicated part of the story. Note: As of Xcode 4.3, the /Developer folder is no longer used by the Apple toolchain. 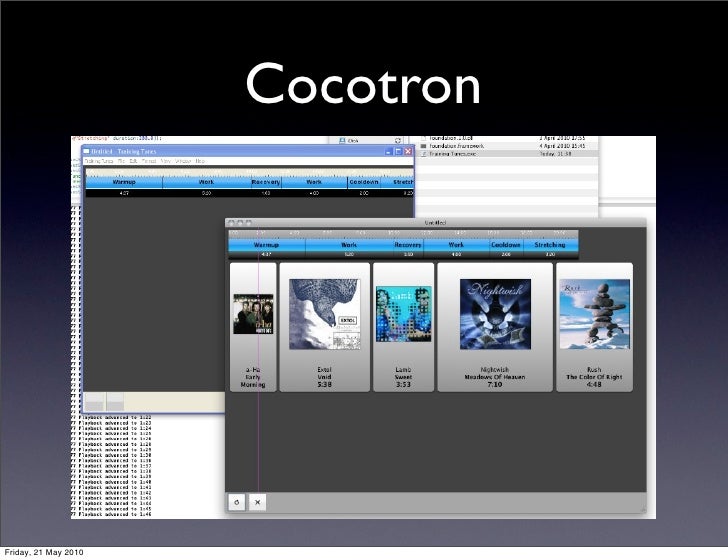 While I'd be the first to welcome a viable Cocoa port to other platforms, I don't think this one raises the bar very much. It's too limited, too far behind, and not likely to ever catch up without massive community support that I don't expect to happen. 5) The only way you can build it is by using Xcode on a mac and cross compiling it for other platforms, this is a major drawback. In the days of CodeWarrior (which was a much better IDE than Visual Studio and had stupendously better remote debugging), cross compiling from Macs made sense; XCode, however, is not a better IDE and I'd probably use VS on Mac, if it was available (no, Bill, I won't pay the Windows price for it.) The biggest plus for CCT is being a Mac (or at least non-Unix)-centric project: GNUStep, unfortunately, is developed by MS haters and it shows.

I've wasted several days on multiple occasions trying to build it on Windows and always gave up (the declared state of the port at the time wasn't encouraging, either); I never tried on OSX, since the lack of a usable Windows version meant it had no crossplatform relevance anyway. I like Cocoa and I'd be happy to pay a reasonable price (i.e., less than Qt) for a commercial quality version, with or without support and source code. I don't see much likelihood of that unless Apple does it, though. Everyone else either has motives other than producing a quality, accessible tool, or doesn't have the capability. © 1997-2018 OSNews Inc.

All Rights Reserved. OSNews and the OSNews logo are trademarks of OSNews. Source Code © 2007-2018, except where noted Reader comments are owned by the poster. We are not responsible for them in any way.

All trademarks, icons, and logos shown or mentioned in this web site are the property of their respective owners. OSNews.com uses icons from the. © 2008 John Resig Reproduction of OSNews stories is permitted only with explicit authorization from OSNews. Reproductions must be properly credited.