Why was the Declaration written? During the 1700s, the British Parliament passed several laws that limited the freedoms of many English colonists in America. Theses limitations resulted in the forming of the first Continental Congress in 1774. A list of complaints was sent to King George III but was ignored and after the second meeting of the Continental Congress and another ignored letter, the colonists felt that they needed something to declare their independence. Rebellion was the only choice the colonists felt they had left due to the King ignoring their letters.

Who wrote the Declaration of Independence? Although we know Thomas Jefferson as the true author, the Second Continental Congress initially appointed five people to draw up a declaration. The committee included Benjamin Franklin, John Adams, Roger Sherman, Robert Livingston and Thomas Jefferson. Jefferson was then given the task of writing a draft for the Declaration of Independence, which from June 11 to June 28 he worked on. Before he presented the Declaration to the Continental Congress, he showed it to John Adams and Benjamin Franklin; they made revisions. He presented the draft to Congress on July 1, 1776 and more revisions were made. On the fourth of July the delegates met in what we know today as Independence Hall, but back then was known as the Pennsylvania State House, and approved the Declaration.

John Hancock, the President of the Continental Congress signed the declaration along with Charles Thomson and it was sent to John Dunlap’s print shop for printing. About Thomas Jefferson As the author of the Declaration of Independence there is much history behind the actual writing of the Declaration, from education to politics. Early years of Thomas Jefferson Thomas Jefferson was born on April 13, 1743 into a family that was related to some of the most prominent individuals in Virginia. In school Jefferson studied Latin, Greek and French, and when he was fourteen years old his father died. Jefferson inherited a lot of land and dozens of slaves. Politics Thomas Jefferson practiced law in the Virginia House of Burgesses.

In 1774 he wrote “A Summary View of the Rights of British America”? Which became a very powerful argument of American terms for settlement with Britain. 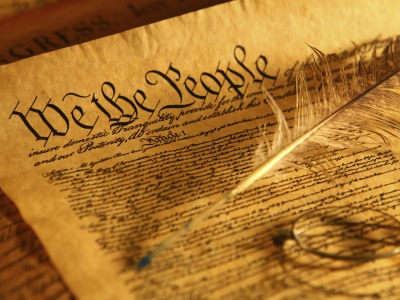 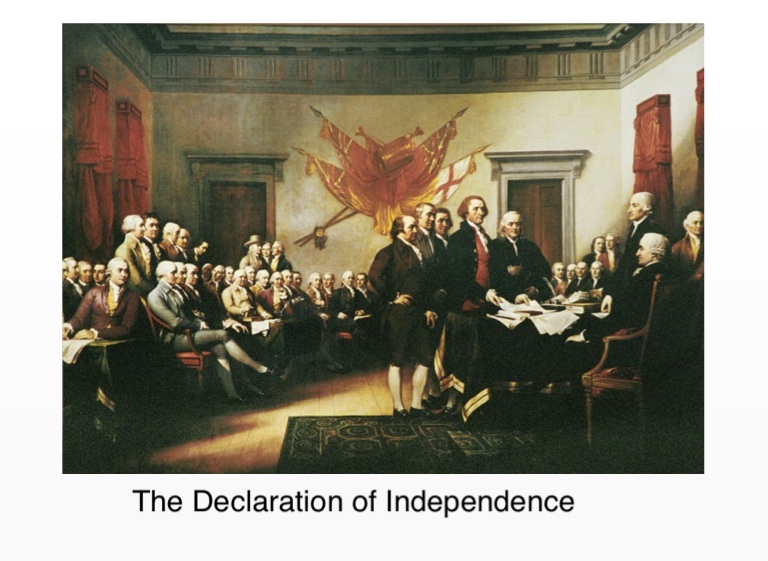 Well, the author is known as Thomas Jefferson, but there were many hands that helped revise and deliver the document and more importantly, fifty six that signed and would have given their lives for the cause of freedom. They were representatives of the people. People around the world were just getting used to the fact that perhaps a king didn’t have the right to make decisions for the people, and being able to have a representative stand up for your rights against a king was revolutionary in itself. The representatives were very well educated, and familiar with the concepts in the document. The right to vote in itself had not yet been established. Remember, the concept of statehood had not yet been established among the colonies.

Declaration Of Independence On Flowvellane

These men had been chosen by the colonies that they represented, in the spirit of obtaining justice for the common people on the American continent, with the principle of justice being the deciding concept. A republic is based on the adherence to principles like “justice.” A republic needs more than just majority rule in order to survive. Without broad education in truthful principle, a republic cannot survive, which is what prompted Benjamin Franklin to comment that the United States of America is only a republic if you can keep it. Even after the Declaration of Independence, after the victory over the British Army, after the adoption of the Constitution, the concept of the relationship between the states, the people, and the federal government has continued to evolve.

Many people feel that the concept of majority rule is the most important aspect of Democracy. But a democracy whose majority votes for policies that are ultimately destructive will answer to the truthful principles of history. Majority rule is necessary in order to consent to be governed, which is the problem that King George of England confronted in 1776. But in order for Benjamin Franklin’s republic to survive, it needs more than majority opinion. It needs an informed majority that understands the concepts that are presented in the Declaration of Independence.

Although Thomas Jefferson created the draft of this document, it was the work of many men, and it responsibly represented not only the people who resided in the American colonies, but all of the people in the world. It was not only the gateway to offering the right to vote to all men (and, later, former slaves and women) but it is also a reminder that we as voting citizens have the responsibility to know and understand the concepts involved at least as well as the men who signed this document. The method of choosing the representatives who created this document varied from colony to colony, but involved voting, in some sense. Voting as we know it today did not at the time have the necessary infrastructure or the necessary shared awareness of residing in a sovereign state.

To quote from the document itself: We hold these truths to be self-evident, that all men are created equal, that they are endowed by their Creator with certain unalienable Rights, that among these are Life, Liberty and the pursuit of Happiness. — That to secure these rights, Governments are instituted among Men, deriving their just powers from the consent of the governed, — That whenever any Form of Government becomes destructive of these ends, it is the Right of the People to alter or to abolish it, and to institute new Government, laying its foundation on such principles and organizing its powers in such form, as to them shall seem most likely to effect their Safety and Happiness. After all, the document had to be written before anyone could vote for it. The people in the American Colonies later voted with their blood, and with their lives. Joop Rozema says.