MAC Cosmetics enlists Irina Kulikova for a dramatically lit set of images to promote its Mineralize. Cremesheen Lipstick, MAC shadows, mac mineralize blush, infused with. Radiant skin in a flash, no matter what the lighting conditions are. BeautyMac MakeupMakeup ContouringMakeup BrushesRed Lipsticks. Dramatic Light And Shadow. Irina Kulikova ‘Contoured’ For MAC ‘Mineralize’ Campaign. Do you ever witness news or have a story that should be featured on Pulse Nigeria?

The impact of barriers to dispersal and gene flow is often inferred to be the primary cause of lineage divergence and phylogeographic structure in terrestrial organisms. In particular, the Mississippi River has been implicated as a barrier to gene flow in many species, including aquatic taxa. However, if barriers are permeable to organisms, then phylogeographic structure may be difficult to detect due to gene flow between lineages. Using time-calibrated Bayesian phylogenetic analyses of mtDNA, and phylogeographic coalescent simulations, we determine if the Mississippi River operates as a barrier to gene flow in the aquatic diamond-backed watersnake (Nerodia rhombifer). The phylogenetic analyses support a basal division within N. Rhombifer mtDNA lineages that coincides with populations generally east and west of the Mississippi River.

These results, and that of the divergence dating analyses, therefore suggest that the river was a significant barrier to gene flow in the Pleistocene similar to 1.4 million years ago, presumably during an interglacial period when the river was much wider. However, we also detect western haplotypes in the eastern clade, and vice versa, thereby indicating that this barrier has not been complete. Nonetheless, the coalescent simulations that account for limited migration suggest that the Mississippi River was an important feature that shaped the phylogeographic history of this aquatic snake in the USA despite limited gene flow. (C) 2010 Elsevier Inc. All rights reserved.

Melania E. Cristescu, Sarah J. Adamowicz, James J. Vaillant, and Douglas G. Ancient lakes revisited: from the ecology to the genetics of speciation. MOLECULAR ECOLOGY, 19(22):4837-4851, NOV 2010. Explosive speciation in ancient lakes has fascinated biologists for centuries and has inspired classical work on the tempo and modes of speciation.

Considerable attention has been directed towards the extrinsic forces of speciation-the geological, geographical and ecological peculiarities of ancient lakes. Recently, there has been a resurgence of interest in the intrinsic nature of these radiations, the biological characteristics conducive to speciation. While new species are thought to arise mainly by the gradual enhancement of reproductive isolation among geographically isolated populations, ancient lakes provide little evidence for a predominant role of geography in speciation. Recent phylogenetic work provides strong evidence that multiple colonization waves were followed by parallel intralacustrine radiations that proceeded at relatively rapid rates despite long-term gene flow through hybridization and introgression. Several studies suggest that hybridization itself might act as a key evolutionary mechanism by triggering major genomic reorganization/revolution and enabling the colonization of new ecological niches in ancient lakes. These studies propose that hybridization is not only of little impediment to diversification but could act as an important force in facilitating habitat transitions, promoting postcolonization adaptations and accelerating diversification. Emerging ecological genomic approaches are beginning to shed light on the long-standing evolutionary dilemma of speciation in the face of gene flow.

We propose an integrative programme for future studies on speciation in ancient lakes. Haasl and Bret A. The Number of Alleles at a Microsatellite Defines the Allele Frequency Spectrum and Facilitates Fast Accurate Estimation of theta. MOLECULAR BIOLOGY AND EVOLUTION, 27(12):2702-2715, DEC 2010. Theoretical work focused on microsatellite variation has produced a number of important results, including the expected distribution of repeat sizes and the expected squared difference in repeat size between two randomly selected samples. However, closed-form expressions for the sampling distribution and frequency spectrum of microsatellite variation have not been identified.

Here, we use coalescent simulations of the stepwise mutation model to develop gamma and exponential approximations of the microsatellite allele frequency spectrum, a distribution central to the description of microsatellite variation across the genome. For both approximations, the parameter of biological relevance is the number of alleles at a locus, which we express as a function of theta, the population-scaled mutation rate, based on simulated data. Discovered relationships between theta, the number of alleles, and the frequency spectrum support the development of three new estimators of microsatellite theta. The three estimators exhibit roughly similar mean squared errors (MSEs) and all are biased. However, across a broad range of sample sizes and theta values, the MSEs of these estimators are frequently lower than all other estimators tested. The new estimators are also reasonably robust to mutation that includes step sizes greater than one.

Despite it being past 10pm by the time we arrived at the Inn, we were greeted warmly at reception and guided to our Deluxe Casita along paths slick and glossy with freshly fallen rain. Um, yep, rain! It doesn’t rain very often in Phoenix (which boasts an average of 306 days of sunshine a year hence the proliferation of golf courses and celebrities who call Phoenix home), but our visit just happened to coincide with some unstable weather. Luckily the thoughtful staff at The Hermosa Inn had anticipated the weather, (and our late check-in) and our beautiful suite was toasty warm for our arrival.

With Spanish guitar music playing softly in the background, dimly lit lamps casting golden shadows, a tiny plate of homemade lavender infused chocolates on the side-table together with a welcome note setting out the weather and suggested activities for the next day, all thoughts of the long flight and delays were swept from our minds. Eyes pouncing on the gas fireplace, I couldn’t resist cranking it up while we explored our accommodation. Decorated simply and tastefully with subtle nods to the Inn’s Southwestern heritage (apart from an artist, Lon Megargee was a cowboy, broncobuster, exhibition roper, and stud poker dealer!) with high, exposed timber beam ceilings, vintage cowboy posters on the walls, rawhide lampshades, a Mexican-tiled fireplace and king-size wrought-iron bed, our casita opened through wooden plantation shuttered French doors onto a private terrace (which came in handy in the early hours of the morning as my enthusiastic usage of the fireplace had rather overheated the room!). A small hallway led to a dressing room/walk-in wardrobe, and an enormous bathroom.and I do mean enormous! A beautiful Waterworks freestanding roll-top bath plus a shower large enough for a party of five had me squealing (quietly!) for joy. 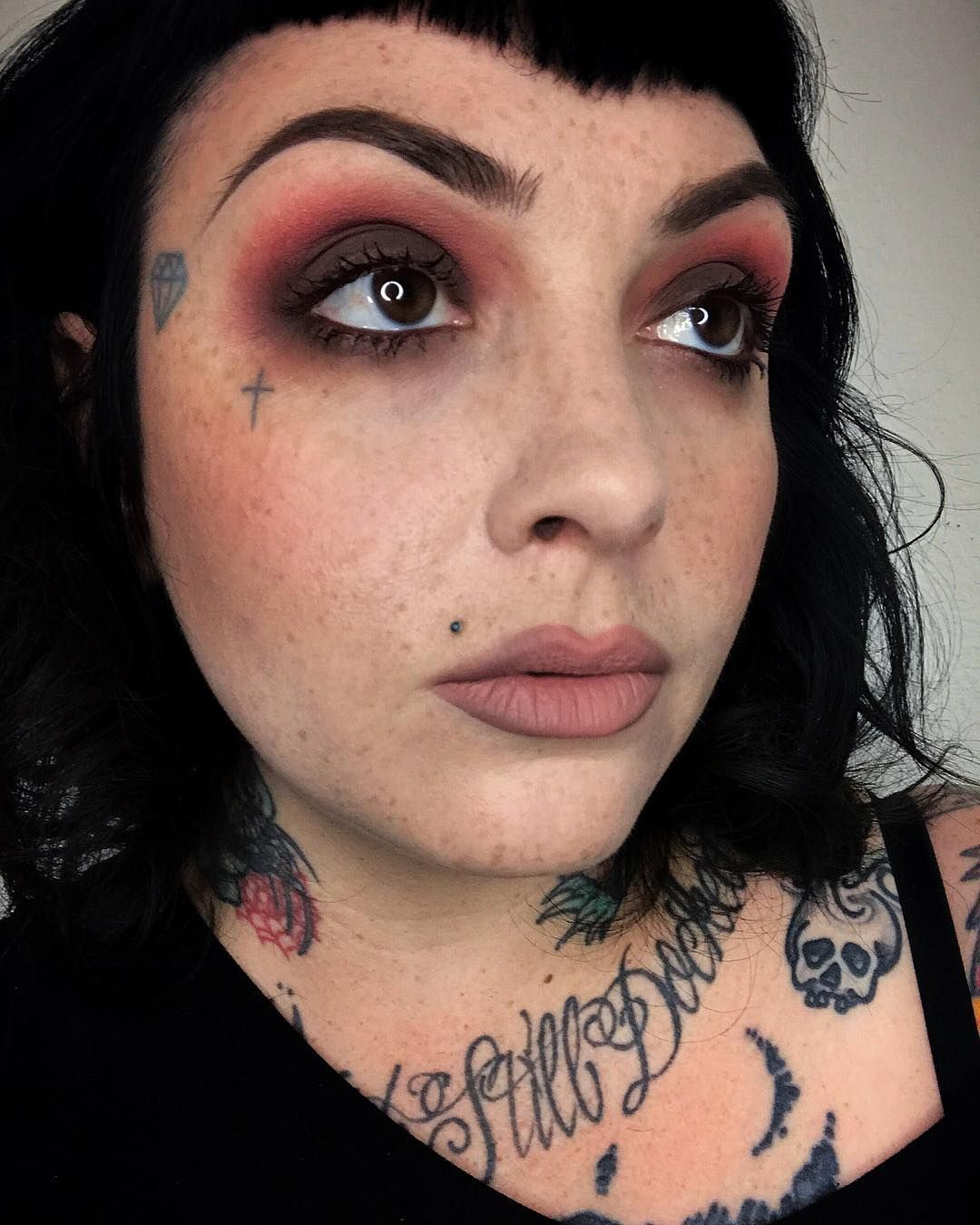 A quick splash about in the bath, fragrant with the Hermosa Inn’s signature organic citrus toiletries, and I was ready to drift off to sleep. I am not quite sure that I can attest to cowboy dreams (those came later in our Arizona trip!), but I woke early the next morning refreshed and ready to explore.

Having arrived under cover of darkness, it was so exciting to finally see the property (and indeed our first glimpse of Arizona) in the daylight. Even with ominous grey clouds rolling in, the beauty of the manicured grounds and the surrounding area blew me away. Impossibly tall palm trees, dozens of variety of cacti, lush green lawns, desert flower gardens and in the distance, the magnificent Camelback Mountain and Piestewa Peak (formerly Squaw Peak). The Hermosa Inn has also collaborated with a local art gallery to create a fine-art sculpture garden featuring life-sized sculptures by artists such as Allan Houser and Paul Moore which are dotted throughout the grounds (one of which – a magnificent bronze of a Native American called Finger That Kills - gave me a terrific fright as I wandered past it in the darkness on the first night!). : If you are staying at The Hermosa Inn (or even if you aren’t!) you must eat at least once in Lon’s restaurant. The food was wonderful. It was also really busy on the night we ate there (Sunday evening) so I would advise booking in advance if you plan on going.

The highlights of our meal were the fried Dungeness crab on a bed of micro sprouts served with slivers of giant clam, braised beef short ribs with roasted root vegetables and truffled ricotta gnocchi (so unctuous and melt-in-the-mouth, perfect for a winter’s evening in the desert), spit roasted prime rib with fire roasted poblano pesto (we watched the chef roasting the beef over the fire pit in the afternoon so couldn’t resist ordering it), and the moist, I-can-not-possibly-fit-another-thing-in-but-it-is-too-good-to-leave Mexican chocolate pudding cake with raspberry mint compote.