I'm trying to make this drive work together with BE 10d, and I have run into some issues. It is an ibm option (8769-1VX) - see for details, but It looks very much like Exabyte VXA-320 Packetloader Tape autoloader (- which is on the HCL. Anyway, The VXA-320 tape drive is recognized, the autoloader is not. In device manager the tape shows up fine, the autoloader shows up as Unknown Media Changer. No matter, what I do, I cannot get BE 10d to work the autoloader.

My conclusion is that it is currently not supported in BE10d, not even with the driver pack applied. The IBM is not in the HCL for BE. Registry says its a IBM 87691VX A10D, this entry is not in VsdLoadTable. Has anybody got this to work, I've read about some workarounds / emulationmodes, but is this even possible on this IBM drive?

And please provide a timeline on native support on VXA-320. Help appreciated. Hello Torben, If the drive is not mentioned in the HCL, that means it is not specifically tested with Backupexec. It may/may not work with Backupexec.

You could try the following: - First try to install the latest Backupexec Drivers for the drive. If that does not help, uninstall Veritas Drivers and install OEM drivers. Folldowing Article will help you with that: How to use OEM drivers with Backup Exec for Windows Servers Also make sure you have the following configuration: - The Removable Storage Service is Stopped and deactivated. The SCSI IDs of the device are between 2-5. Also the SCSI ID of the changer should be lower than that of the drive. Note: If we do not receive your reply within two business days, this post would be marked assumed answered and would be moved to answered questions pool. I have tried the latest and greatest drivers for backup exec, it does not work.

I'll give the Removable Storage Service service a try - it was already disabled. But as this device (IBM VXA-320) is exactly the same as the VXA-2 PacketLoader 1x10 1U Tape Autoloader from Exabyte (which is on the HCL-list) is there some way i can load THAT specific device driver for my IBM VXA-320 autoloader? I'm searching for some kind of index-file, where i can specify additional scsi query strings. The string that is contained in VsdLoadTable in registry. Is this even possible?

Again, I'm only having issue with the autoloader on SCSI #0 - not the VXA-tape drive itself. I don't like the idea of using the native OEM-drivers, as I have read alot of places, that it can give you alot of trouble and also Symantec does not recommend nor will support device drivers that are not explicitly listed in the Hardware Compatibility List. UPDATE. I have now installed exabyte's device driver for the medium changer, and it is recognized in the Device Manager as Exabyte VXA Packetloader 1U.

Backup Exec do not recognize the drive. Reinstall of backup exec, and following the guideline for using OEM-drivers with veritas backup exec did not work either. The vxa-drive is found and supported, but the autoloader is not utilized. After reboot, the SCSICHANGER service, did not start. The adamm.log still shows the device state of error 0x0000007b (ERRORINVALIDNAME) I then started the removeable service, and here the autoloader shows up, but unfortunaly cannot be controlled, and is 'Not Present' - it now looks like both the veritas backup exec, and removeable storage, are trying to controll the autoloader, and no matter which combination i try, it is not possible to make the autoloader show up in Backup Exec.Message was edited by: Torben Jungsberg. Hello Torben If the SCSIChanger driver service is not running, can be checked by opening system information and looking under the system drivers.

If it is not running then there is no way backup exec will be able to see you changer. Ensure that your changer is recognised by the O.S and has the latest firmware. You could try to reinstall the robotic library support option in backup exec. What you need to is disable the robotic library support through the installation and reenable it by running the installation. Regards, Ashutosh NOTE: If we do not receive your reply within two business days, this post would be marked assumed answered and would be moved to answered questions pool. Okay, this is what I have done so far. Removed all veritas drivers and application.

Downloaded and installed the 'original' IBM OEM Drivers for both autoloader and vxa tape drive. Verified that the library could be controlled from Removable storage and tried to perform a test-backup to verify communication, it did not work - timeout when mounting the media, but otherwize no issues shuffling the tapes around. 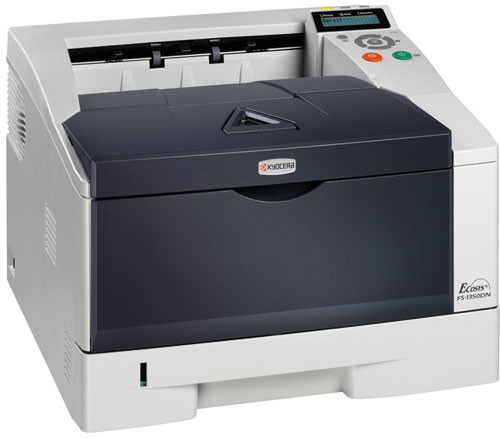 After a reboot, everything went fine, both backup and restore. Next I installed Backup Exec 10d, deselected the use of Veritas Drivers and installed.

I did get some storage configuration error, but a backup was successfull. Then installing library/robotic support in veritas from add/remove programs, restart, and nothing is shown under tape library. Looking in the adamm.log, it reveals ERRORINVALIDNAME in SCSI ID #0, this means that Veritas Cant control the autoloader, and looking in the removable storage, it has disabled the tape library.

I have enabled it, and rebooted the machine, but nothing has changed. No SCSICHANGER error, actually the service has not been installed, and still no tape library is showing up in devices/robotic library - only one tape. Oh, i did install SP1, but same story, it just disabled the library again in removeable storage. And I did read and follow the guidelines in (How to troubleshoot issues with a Robotic Library or Tape Drive in Backup Exec 9.x and 10.x) but it did not help anything. Waiting for input.Message was edited by: Torben Jungsberg. Hi Again, I have now read the document (again) and it is a very good document, for troubleshooting purposes on devices, that you know will work with Veritas Backup Exec.

I have not been able to get a clear statement from anybody, whether this drive is actually supported or not in Veritas Backup Exec. I know what I am supposed to look for, if the library/autoloader is not recognized, but trying to solve a problem, when you are unsure of hardware compatibility, is really not a good starting point. Yes, OEM drivers are available, but using the removable storage service to control an autoloader is not recommended by veritas, so I rather go with a solution that work out-of-the-box.