Description Version: 15.16.0 Mac Platform: Intel OS version: 10.10 or later Processor type(s) & speed. WHAT’S NEW Version 15.16.0 Outlook New Chinese and Japanese default fonts. Existing Japanese and Simplified Chinese fonts in Outlook for Mac have been updated to have a unified modern appearance and behavior. Software updates that include the following: Improved VoiceOver support for weather in the Calendar feature. Email address is now included in the default message attribution when you reply and forward. Message list is now displayed correctly when you switch folders by having the Reading Pane turned off. Improved Reminders functionality to reduce CPU consumption.

New Chinese and Japanese default fonts. Existing Japanese and Simplified Chinese fonts in Word for Mac have been updated to have a unified modern appearance and behavior. Software updates that include the following: Custom paper sizes in Page Setup are now supported. Find/Replace is corrected to move to the next matched word when Track Changes is turned on. Fixed crashes that occur when you use Mail Merge together with Outlook. Headers/Footers: Page numbering: Number of Pages option is corrected to display numbers greater than two digits.

Excel New Chinese and Japanese default Fonts. Existing Japanese and Simplified Chinese fonts in Excel for Mac have been updated to have a unified modern appearance and behavior.

Visual Basic Editor improvements. You can now add modules and references and use debug shortcuts in the Visual Basic Editor. Software updates that include the following: Improved support for pasting from external applications. Scroll bars now correctly respect OS X scroll bar settings. PowerPoint New Chinese and Japanese default fonts. Existing Japanese and Simplified Chinese fonts in PowerPoint for Mac have been updated to have a unified modern appearance and behavior.

Name: Microsoft Office for Mac 2016 Version: 15.15.0 Mac Platform: Intel Includes: Individual installers OS version: 10.10.0 or later Processor type(s) & speed: 64-bit Supported languages: da, de, en, es, fi, fr, it, ja, nl, no, pl, pt, ru, sv, tr, zhCN, zhTW This is the Volume License Edition for Microsoft Office for Mac 2016. The version included is 15.15.0and there is NO patch needed, it installs without any serial, assuming you have installed the previous 13.13.0 VL installer After the install you are prompted to sign In to Access Cloud Storage. You can skip this step. NOTE: These are individual installers.

You can choose what to download and what to install. OneNote is not included. You can download it here. Do NOT delete any languages since this can cause the apps to crash and reset the license!

I've been using Office 2016 for Mac as my everyday office productivity suite since it went into beta earlier this year, and I don't understand why so many reviewers are fawning over it. It's a over Office 2008, and it has issues that show it should still be in beta. Maybe because it's been four years since Microsoft bothered to update Office for Mac (the stunningly unusable Ofice 2011, whose painful memory I long ago buried), and seven years since a serious update (Office 2008), people are grateful of anything.

But I think we deserve better. Looking to run office productivity apps on the go? Check out InfoWorld's comparisons of and.

Considering the? Take these crucial steps before, during, and after for a successful migration.

The good news is that the core of Office 2016 is solid - as it was in Office 2008 and Office 2003 before it. Frankly, Office is a very mature product that doesn't need more features thrown at it, simply refinements and support for modern trends like cloud storage access. It's good that Microsoft is making the Office UI more common across its various versions. Office 2016 is based on the, which is also the basis for and the released earlier this week. (Office 2016 for Windows desktops is due in September, and the Windows Phone version by 2016.) But as Microsoft typically does on its Mac software, where it doesn't need to. Here are examples of that unfinished quality in Office 2016. The file-access blues When you open the app, there's a new file-browser window that takes you through an extra step to open files stored locally on your Mac or on cloud storage services other than Microsoft's own.

It's annoying and unnecessary. Fortunately, once you create a new document or open an existing one, you can access the standard OS X Open dialog boxes using the menu bar (not the Open button above the Office ribbon). But why add that extra step at each app launch?

And why is it so slow to open the standard OS X Open dialog box once you click On My Mac? And why can't the Mac office file browser directly access Dropbox, like the iOS and Android versions can? It doesn't make sense to offer that ability on some platforms but not all. The file browser in Office 2016 for Mac forces users to take an extra, slow step to access local files as well as files stored in cloud services like iCloud Drive, Google Drive, Box, and Dropbox. Also, if Microsoft is going to force a file-browser window on users, it should at least allow multiple selection of the files it presents, so you can open multiple documents simultaneously - as the standard OS X and Windows Open dialog boxes do. Furthermore, that Online Options button Microsoft sticks into the standard OS X Open dialog box is misleading: It simply opens the Office file browser, whose only online (cloud) options are OneDrive, OneDrive for Business, and SharePoint.

OneDrive for Business doesn't work on the Mac. The app has been in public beta since January (the production version is due by 2016) and has never worked reliably. It has crashed on startup for months and sometimes again later, for no obvious cause. In the last week, it has stopped working altogether. 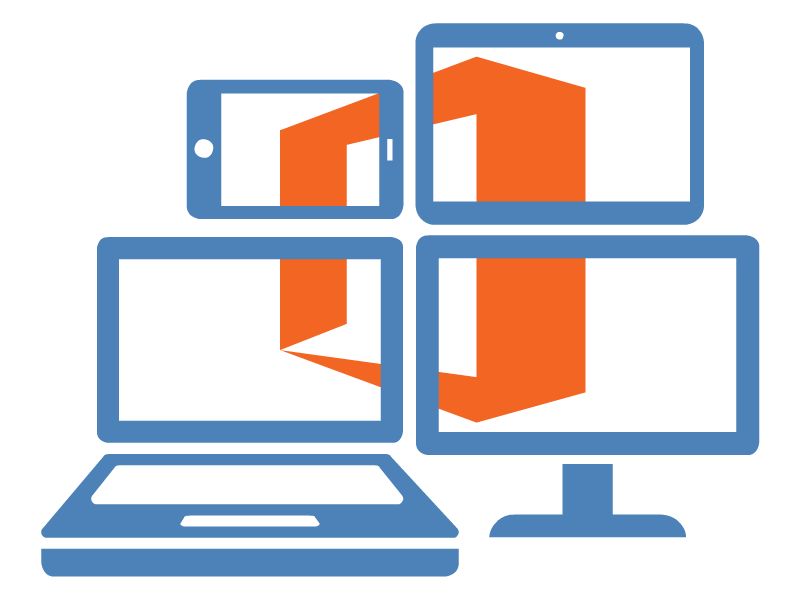 Thus, the Mac implementation is flawed, not the back-end service. I'm sure one day this OneDrive nonsense will all be worked out, but why isn't an operational workaround in place in the meantime? I believe it's part of. Crashes and freezes are common in the cloud Both the beta and production versions of Office 2016 for Mac crash fairly frequently in my usage. It mainly occurs when I'm editing files in Dropbox, the service I use to keep project files accessible across my devices and operating systems. It's as if a network or access interruption freaks out Office, and it crashes. Office 2008 doesn't have that issue, so I suspect it's related to Office 2016's nonstandard file-access mechanism.

In my experience, the only other apps that show this same behavior are those in Adobe's Creative Suite, which also has a nonstandard file-access mechanism. For the record, I can't tell if this is an issue specifically with Dropbox or with any cloud service; I don't use my personal iCloud Drive for the same length of time or frequency to compare crash patterns in Office for that service. Ditto for other cloud services; my usage is too occasional to get an accurate read.

Perhaps related is a frustrating behavior in Excel (since most spreadsheets I work on are in the cloud). Periodically, the spreadsheet stops responding to data entry and mouse movements: I can't enter data, move from one cell to another, copy, paste, or pretty much anything else in the sheet itself. I have to save the file before it becomes responsive. I'm a frequent saver, so it's not like I have tons of stuff in memory that is overwhelming Excel. Plus, this doesn't happen in earlier versions of Excel. For a company claiming to be cloud-first, Office 2016 is a poor standard-bearer.

A few UI issues I also experienced some user-interface annoyances in Office 2016: I've remapped the Command-F shortcut in Word from Edit Find to the much more useful Edit Replace, but when I relaunch Word it reverts to Edit Find, though I've saved the keyboard preference in normal.dotm. Worse, when I look at the Customize Keyboard dialog box, it shows that Command-F is assigned to Edit Replace. But Word doesn't honor that setting. I dislike the Office ribbon intensely, as it is both cryptic and hard to use. Fortunately, you can use the standard Mac menu bar and ignore the ribbon bar.

But you must use the Styles pane, which wastes a lot of onscreen real estate (especially when working with documents side by side, even on a 27-inch monitor), yet does nothing to improve access to styles and other formatting. For the record, I'm not a fan of Apple's style drawer in iWork, either. How I wish I could get the Office 2003 style formatting bars back in Office 2016: It's both easier to use and much more space-efficient.