I just got an and installed Mint 16 alongside Win 8.1. My problem is that, without using nomodeset, immediately after choosing an option in GRUB, random pixels flash along the top quarter or third of the screen, which then goes blank, and the backlight shuts off. I can enter my password and hear the login sound, so it's still booting, just with no display.

(A common problem with Intel GPUs & Linux seems to be a non-functional backlight, but this is not the case here. It is obvious that my backlight is on.) [*] I have not found any identical cases to mine while traipsing around Google. Most are related to the backlight issue. 'acpi_backlight=vendor' and 'acpi_osi=Linux' DO NOT WORK FOR ME!

I've tried a lot of the solutions to this problem listed for older Intel hardware to no avail. Running lspci grep -i vga gives me 00:02.0 VGA compatible controller: Intel Corporation ValleyView Gen7 (rev 0a) From what I can tell, Valley View ought to be supported by the kernel (3.11), so I'm pretty lost here. One of my dmesg logs is. Also, I ran into the same issue trying out Fedora, so it's not Just Ubuntu/Mint. Juredy at the Linux Mint forums figured it out. Here's his solution verbatim:. Start here:. 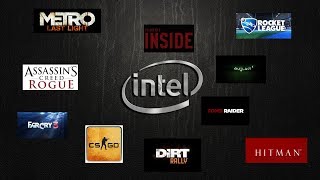 I used 'drm-intel-next/2013-11-05-saucy'. (Initially I tried the latest 'trusty' kernel, but my laptop turned out to be allergic to it. 30 seconds after boot the fan would go haywire for a few seconds and the system would power off.). Download and install, in order, 'linux-headers.all.deb', 'linux-headers.amd64.deb', and 'linux-image.amd64.deb'. Choose 3.12.0-997 from Grub menu. My note: Even after removing nomodeset or i915.modeset=0 from the kernel parameters I continued to boot into Software Rendering Mode until I deleted my old xorg.conf from /etc/X11 I also had to fiddle around to get the backlight working properly. It was constantly set at 100% and ignoring my efforts to change it.

After a few minutes of research, whaddayaknow. If passing parameter to the kernel about acpibacklight does not work for you with an Intel HD Graphic Controller, or gives you freezes and/or crashes, there is a better way to get it to work. You simply need to tell the graphic controller which backlight interface to use, i.e. The intelbacklight interface instead of the acpi one. Create a new file called /usr/share/X11/xorg.conf.d/80-backlight.conf and paste into it the following code Section 'Device' Identifier 'Intel Graphics' Driver 'intel' Option 'AccelMethod' 'sna' Option 'Backlight' 'intelbacklight' # use your backlight that works here BusID 'PCI:0:2:0' EndSection If you don't want to use the SNA Acceleration method, remove the appropriate line. Works like a charm!

I also tried with and without 'acpiosi=Linux' and 'acpibacklight=vendor' but there was no effect either way. You could try this: Search on Debian Forum.