Nov 5, 2018 - Read this article to learn how to resolve audio interface issues like no sound, USB ports not working, or your output device not showing up.

The Forte's mic preamps are derived from the remote-controlled design employed in the RedNet Ethernet audio interfaces (Focusrite's latest high-end preamp design), while its conversion technology is claimed to deliver class-leading dynamic range and noise performance, to enable very high track counts without accumulated noise problems. The physically separate A-D and D-A converters (no single-chip implementation here!) support sample rates up to 192kHz, with 24-bit quantisation, and the converters' analogue stages have been very carefully designed for maximum performance. When powered via the mains wall-wart supply, maximum output level from a 0dBFS source via the balanced line outputs — with the output-level control wound fully up — is +16dBu. Most 19-inch rackmount professional interfaces manage +24dBu, but the reduced output level from the Forte is still perfectly adequate for most purposes. However, if the Forte is bus-powered, the line-output level control can't be set any higher than -18 (the default switch-on level), which means that the maximum output signal level falls to just -2dBu. In practice, most active monitor speakers will be able to cope with this reduced output level quite happily, so the Forte remains a very usable interface even when bus powered.

With the line-input level control at its minimum setting of -12, the Forte can accommodate line inputs up to +20dBu before clipping, and at the maximum gain of +42 an input level of -34dBu produces 0dBFS into the DAW. The equivalent input window range when switched to the instrument input mode is from +10 to -44dBu, and for the microphone inputs it is an astonishing +22dBu with the pad switched in (+12dBu without), down to -63dBu for 0dBFS.

Put another way, if you are happy to work with peaks to -10dBFS or so, the Forte will easily cope with mic outputs around -70dBu, so working with low-output ribbons shouldn't be a problem at all. The microphone input impedance is around 2kΩ while the line input is 44kΩ. I couldn't get a precise figure for the instrument input, as it was too high for my measurement system — but I would estimate it to be around 1MΩ.

My bench tests using an Audio Precision system largely confirmed Focusrite's own published specifications, which are generally extremely good for a product of this type. The THD+N distortion figure for a round trip between the line in and line out via the DAW came out at a very respectable 0.002 percent (and just 0.0008 percent via the direct monitoring path, which illustrates the quality of the analogue electronics rather nicely!). The frequency response is ruler flat, as you would expect, tailing off at the bottom to a -3dB point at about 7Hz. Ati x1600 driver mac.

Crosstalk between channels with a 10kHz signal is around -110dB, which is another extremely good result. Focusrite use the AES17 method to evaluate converter dynamic range, but choose to use A-weighting rather than the recommended CCIR-2k weighting. As a result, my CCIR-based measurements came out slightly lower than the published specifications of 117dB (A-wtd) for the A-D and 118dB (A-wtd) for the D-A — but these are quite plausible A-weighted figures and indicate exceptionally good real-world converter performance. The only measurement that caused a raised eyebrow was when I checked the high-pass filter turnover frequency. The specifications quote a filter frequency of 65Hz, but my test indicated the -3dB 'turnover' was actually tuned to 100Hz with the expected second-order (12dB/oct) slope.

However, on checking the published specifications more closely, I discovered that Focusrite's 65Hz figure was for the -6dB point — and my measurements would agree with that! There is no problem with a high-pass filter having a 100Hz turnover, and it is very effective at removing unwanted LF mud when recording sources with little bass energy, such as most vocals, acoustic guitars, and so on.

Focusrite Forte £400 $599 pros. Very elegant hardware styling. Clever use of the OLED screen to retain the I/O metering when configuring inputs and outputs.

Basic but useful DAW-control functions. Cons. I loathe wall-warts — although there is no practical alternative in a product of this type. Maximum output level is +16dBu when mains powered, and only -2dBu on bus-power. Summary The Forte is a very high quality 2-in/4-out interface designed to meet the needs of exacting audio enthusiasts and professionals alike. The elegant hardware is very attractive and remarkably easy to use, the technical performance is impressive for a product of this type, and the Forte can be bus-powered, if required, albeit with a few modest restrictions.

All contents copyright © SOS Publications Group and/or its licensors, 1985-2018. All rights reserved. The contents of this article are subject to worldwide copyright protection and reproduction in whole or part, whether mechanical or electronic, is expressly forbidden without the prior written consent of the Publishers.

Great care has been taken to ensure accuracy in the preparation of this article but neither Sound On Sound Limited nor the publishers can be held responsible for its contents. The views expressed are those of the contributors and not necessarily those of the publishers. Web site designed & maintained by PB Associates & SOS.

The unit features a colour OLED (Organic LED) to indicate input and output signal levels, mic preamp gain and other useful information, with motion graphics. A single, smooth-feeling control knob operates in conjunction with touch-sensitive icon buttons to give you complete control over input and output levels, and DAW control parameters. Key Features. Multi-function touch icons and scroll wheel with DAW control functions A breakout cable with locking connector is used for microphone (XLR) and line/instrument (TRS) inputs, but balanced line and independent headphone outputs are provided on the unit itself, so the breakout cable is not required for playback-only applications. 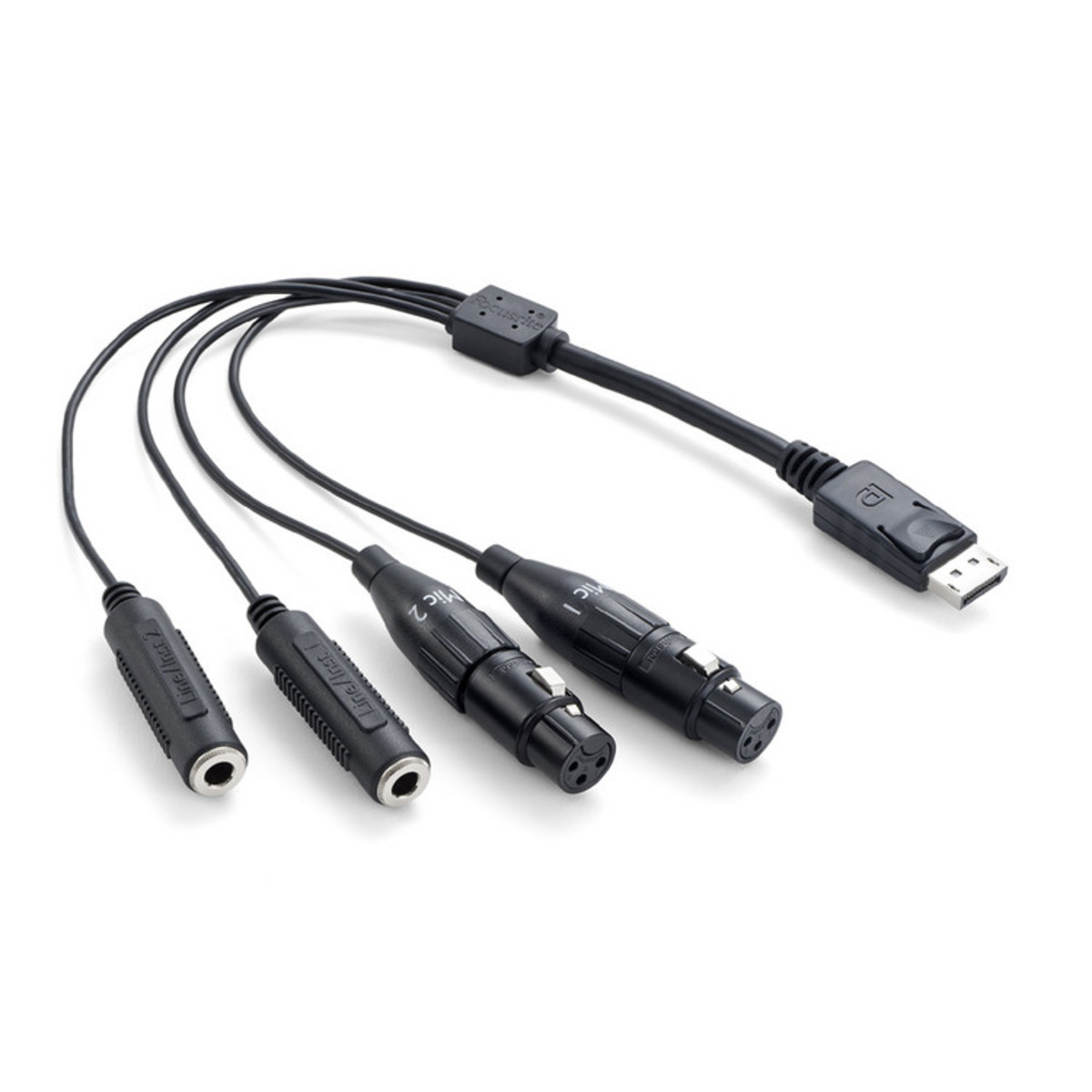 In addition, the mic and line-level inputs on the breakout cable are separate, meaning all inputs can be connected simultaneously, without having to re-patch when switching from one to the other. An external power supply is included with the unit, however Forte can also operate as a USB powered interface.