I have used FileMaker for years (actually started with it before it was called FileMaker), but since I've retired from by job (IT Director) and my version of FM Pro 8 stopped working on my Mac I went with Bento. It worked easily though it was a relational DB. The cost of FM Pro 12 is 8 times the cost of Bento, that's a lot of money if I don't really need to publish my DBS and automate a lot of operations which FM does. I also want to be able to get at data on iPhone & iPad, so OffficeLibre probably won't work. I often like to set up quick simple flat DBS from time to time to make tracking info easier, and I do have Excel (though I don't particularly like it) and I expect that's what I'll be required to use unless Apple improves Numbers. I'd like to be able to convert my current Bento files to something (which theoretically I can do w/FM Pro and perhaps Numbers).

I'll take a look at this TapForms to see what it offers. I just thin FM is out to make a $$ killing selling FM to people. If they cared about us, they would give Bento users an upgrade to FM for a reasonable price like $50, not $300. Thanks for all the feedback. Besides the price, what do you like best about TapForms?

The Mac version came later. It's getting pretty good, too. Together they make it easy to set up flat databases and also simple relational databases. You pay separately for each version, but the overall price is competitive. The cross-platform sync (via iCloud) is solid. It's not automatic, as with Numbers.

You initiate it when you're ready. For me that's a feature. The small developer, based I believe in Canada, is responsive and has released many updates. I downloaded the demo of TapForms. Then I tried to import a Bento DB I use for Home Inventory. It has most features of a typical DB including pics and defined lists. At first the import didn't work.

I sent an email to help desk and developer got back to me in just a few minutes, pretty good service for a small outfit. He indicated that there was a bug in software he was aware of and has fixed and told me to quit app and relaunch and it should work, which it did. Only would import 10 records but enough to see that all stuff came in fine, including pics. Tried a few things which all worked.

A bit different interface then Bento, but workable. Similar conceptually to Bento, price is right (have to purchase IOS version separately). Biggest issue is printing (probably not for IOS users). I also use many of my quick DBS for Mail merge like printouts, labels, etc. Doesn't look like TapForms will help here. If does export to cvs so I can export to Numbers (old version, not new) and do mail merge printing. Selecting a subset of DB and doing a table like print dump is also a normal DB function so that needs to be addressed.

Labels would be nice. Online videos do a good job of explaining features. Should be more of those coming based on statements in current ones. Looks like developer is intent on making the product better and maybe addressing shortcomings. Support looks good.

Overall seems solid, good value, great IOS integration. A worthy Bento replacement at a value price. Needs some work, which I expect will be forthcoming.

Apple Footer. This site contains user submitted content, comments and opinions and is for informational purposes only. 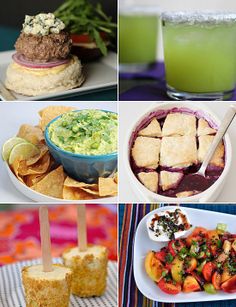 Apple may provide or recommend responses as a possible solution based on the information provided; every potential issue may involve several factors not detailed in the conversations captured in an electronic forum and Apple can therefore provide no guarantee as to the efficacy of any proposed solutions on the community forums. Apple disclaims any and all liability for the acts, omissions and conduct of any third parties in connection with or related to your use of the site. All postings and use of the content on this site are subject to the.