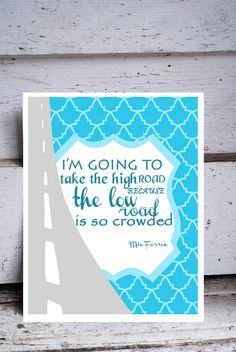 I was asking this exact same question a few years back, before Glee. The song just seemed to come out of nowhere and everyone loved it. I was fairly into 80s music when I was a teenager (in the late 90s ) and I'd never heard it before. It was in a few TV shows, Family Guy, Scrubs and it just seems to have popularity with the young people who feel ways about stuff!

I do like the song, and saw Journey perform it live last year, although most of the audience didn't seem to know many of their other songs.

Social. Listen. Are you a musician?.

fridays: discussions only. saturdays: new and original music only Top Posts Today News. for AMA announcements and a selection of top links.

No music from the. No images Instead post to. Artist - Title Genre Optional text All submissions of streaming songs and albums must follow this format or will be removed. Optional additional text may only be included after this part of the title. No artist reposts for 30 days if the previous post broke 100 points.

No clickbait titles or asking for votes Music should stand on its own. If you have an interesting story behind the music, you can add this in the comments or as self-post text. Fridays are text post only Friday is for interesting discussions, not streaming music. If your post is 'low effort' or looks like just another way of posting streaming music, then it will be removed. Bad discussion posts are subject to removal on any day.

Saturdays are for fresh and original music Dedicated to underground artists, your original compositions, and new releases by known artists. Well known tracks will be removed at mod discretion. Submitters: For original music, use the ' I Made This' flair. For new releases, use ' New Release'. You can select your flair beneath your link after posting. No, or request-style posts For recommendations of new artists similar to those you already like, use.

For help with identifying a song, use. Must link to official artist channels Exceptions are made for exclusive releases or tracks not available on an artist's official channel. No crowd funding sites.

No links to unauthorized music leaks or promotion of piracy. Discussions and Articles should be directly relevant to music, music technology, or the music business itself Articles / Tweets discussing statements by musicians not relevant to their work are not allowed. Articles discussing events in musician's lives are subject to mod discretion. Follow at all times. I hate this song, it is so saturated into US culture in every TV show, movie, sporting event, radio station, bar playlist, and every other goddamn thing. It is the musical equivalent of HEAD ON APPLY DIRECTLY TO THE FOREHEAD.

I welcome the coming torrent of downvotes. EDIT: Wow, I posted this last night feeling salty after leaving the bar and hearing this song there (and having a few too many beers also.) Did not expect to spark this much conversation. I have also learned there is a strong correlation between the White Sox, The Sopranos, and this garbage song.