Nov 7, 2016 - VMware Fusion 8.5 is a top corporate-level choice for virtual machines on Macs. It's rock-solid, flexible, and can share its virtual machines with. After you install VMware Fusion and start the application for the first time, you'll create what's called a virtual machine. This is actually a file that lives on your Mac, but to casual users it appears to be an actual computer running within Mac OS X.

My work requires me to occasionally use Windows and Linux, as well as older versions of OS X. Fortunately, as a Mac user, I have several ways to run multiple operating systems without switching computers. In addition to OS X’s Boot Camp, I have my choice of three virtualization products for Mac:, or Oracle’s. Using any of those three, I can pop into another OS as easily as launching an app. Each of these products has its partisans, and I’m not going to tell you definitively which one you should choose. But I did want to explain why I’ve settled on VMWare Fusion as my go-to virtualization choice.

(By way of disclosure, I should mention that I wrote books about Fusion versions 2 and 3; it’s now at version 6. I have also been a Parallels user almost since its very first release. I have no particular allegiance to one developer or another. I just want to get my work done in the most efficient way possible, with a minimum of distraction and complication.) I’ve seen many, and feature checklists for these products.

In its last couple of comparisons, Macworld has concluded that Parallels and Fusion are virtually equivalent, the differences increasingly minor with each revision. VirtualBox remains an outlier.

Although, and the price (free) is certainly right, to me it feels rough and unfinished. More specifically, it has a user interface only a developer could love, its performance isn’t even in the same ballpark as its two commercial competitors, and it requires quite a bit of fiddling to get basic settings right—something I never have to think about with Parallels or Fusion. VirtualBox is functional, but it isn't as polished as VMware Fusion or Parallels Desktop.

OS in a box So, what am I looking for in a virtualization environment? For starters, I’m concerned only with conventional business apps—I don’t use virtualization for gaming, 3D graphics, or anything else that would tax virtual processors or graphics cards. That means I’m not going to nitpick about the small differences in performance that might exist between one tool and the next. Furthermore, I don’t need Windows programs to appear as though they were native Mac applications (using, for example, Parallels’ Coherence mode or Fusion’s Unity view); I prefer to keep Windows in its own virtual display and to run Windows apps inside that. So many of the advanced user interface tricks that virtualization software provide are wasted on me.

Similarly, any clutter, background processes, or other doohickeys that intrude upon my normal, day-to-day Mac use are a disadvantage. Parallels, for example, automatically adds a folder of Windows applications to my Dock without my permission, so I have to remove it manually. VirtualBox installs four kernel extensions at startup, which remain loaded constantly even if I never use the app. Parallels installs just one kernel extension (unless I use the optional feature, which adds further background processes). But unless I explicitly ask it to, Fusion leaves absolutely nothing loaded or running when the app is closed.

Parallels lets you run one operating system (including another version of OS X) inside another. Money matters Then there’s cost. Parallels costs more than Fusion, and it’s licensed on a per Mac basis. Fusion, on the other hand, is licensed (for personal use) per user.

So for someone like me who has multiple Macs, Parallels ends up being way more expensive, both initially and with each annual upgrade. Both products come with free subscriptions to Windows antivirus software, with the option to pay for continued access once the subscription expires. But Parallels also offers Mac antivirus software with the same free-for-now, pay-later scheme. And if I want to use Parallels Access to control my Mac or virtual machines on my iPad, that will cost me another $80 per year after the free six-month trial period (though Parallels does sometimes offer discounts). I can do the same thing with Fusion using an inexpensive VNC client for my iPad—a one-time purchase—although admittedly the setup is. I can, of course, say no to any or all of this. But I dislike the feeling that Parallels is perpetually asking for more of my money.

At least I haven’t seen any ads in Parallels Desktop 9 (yet). Earlier versions displayed ads that couldn’t be disabled without a. And although the initial release of Parallels Desktop 9 installed the background software for Parallels Access, that behavior was remedied in an update. To the company’s credit, it does respond to customer feedback—but I find it troubling that this sort of thing keeps happening. VMware Fusion runs Windows (or other operating systems) with minimal hassle and clutter. 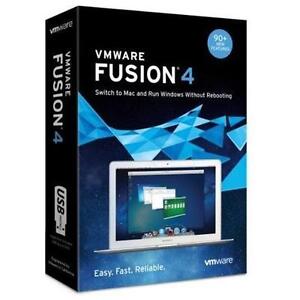 Final thoughts Parallels Desktop is a fine product with some great features, including some that Fusion lacks. So, if you have it and like it, then more power to you. But I find Fusion more considerate to me as a user: it introduces less hassle into my work, stays out of my way when I’m not using it, and is far more cost-effective. It feels, in other words, like a more professional tool. That’s why I prefer it for virtualization.