Click to expand.Thank you for your quick answer. My card is ATI FireGL X3 256M with Samsung memory chips I just looked. I tried both FireGL rom(without modification) and X800XT reduced one(changed DID in line 3 and 8 to 4A4D) from macelite website by a PC, but no success. I failed with ' card rom size (00010000). How to search for mac. Thank you very much for four help. I just tried but couldn't make it. I use my G5 running Tiger 10.4.11 and follow the procedures: 1).

Use VNC viewer from a PC to connect the OSX remote desktop. The card recognized as VGA compatible card.(see attach.) 3). Open Graphiccelerator, select ATI multi flasher and your rom downloaded above, and save. It said 'OK'.

A window prompted and disappeared so quickly that I couldn't catch what message on it, then another window appeared showing 'Error Programming Devices'.(see attch.) I tried also in safe boot, using SSH to start Tiger's VNC server for VNC viewer. The same results as before. What's wrong with my doings? I'll try to flash in a PC, and report back what happens. Finally I succeeded in the flashing! 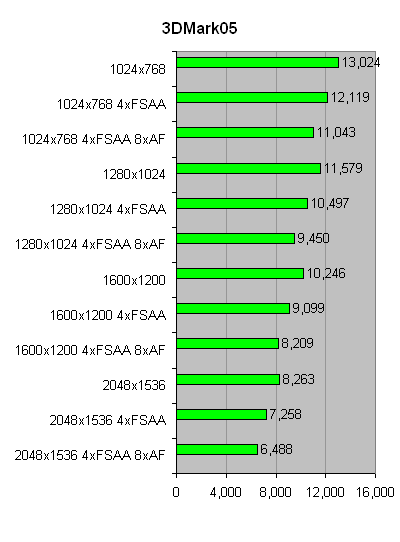 My processes are somewhat weird: flashing in a PC or in A Mac didn't work for me. I tried in a PC running PCDOS 7.10 many time using various versions of ATI flashers and roms, but all my effort was in vein and went nowhere. Some flashers(more recent ones) did report flashing success but the card simply won't work on Mac. I also found the 64K rom file couldn't be written into the card fully because the dumped file was only 32K after successful flashing! So I tried the followings using both PC and Mac, that did the trick: 1). Flash the card in a PC with bax2003's rom above in the thread.

Plug in the Mac G5(it won't work of course) 3). Power on the Mac and use VNC to access it. Use Graphiccelerator to load the flasher and rom. When the card holds PC rom it can not be flashed as my previous posts. It holds broken Mac rom this time.

Run the ATI multi flasher, a confirmation window prompts up showing some differences in SSID and PINS between card and intended rom. Press 'Yes', a progress bar appears and finishes successfully. Restart the G5.

The Apple logo screen shows up and it boots to black-white screen image with some artifacts. Install necessary ATI drivers and tools. It works like a charm.(oh, wait, temp is not sensed) The procedures above work for me at least, may be they are also viable for others.

Thank you, bax2003, your help is much appreciated.

Hey everyone. Long time reader, first time poster here. I have a pretty old P4 3.2GHz homebuilt system with 2Gb of memory. Until today, I've been running a Radeon X800 Pro with 256Mb memory but just upgraded to a Radeon X1950 Pro with 512Mb of memory, still on the AGP 8x bus. The new card is by Sapphire and has two DVI outs and a S-video out.

My old card had one DVI out, one analogue VGA out and a S-video out. I have an old 19' Philips CRT monitor and a 32' HDTV connected via a 10 meter S-video cable into the living room. TV out in clone/theatre mode worked perfectly with the old card, but I cannot seem to enable TV out with my new card. The Catalyst Control Center will not allow me to right-click and enable it, although I can switch the displays and get a picture on my TV. I also tried installing the Omega drivers but the same problem persists here. As I watch 90% of my TV via the computer, this is a HUGE problem for me.

Is there anyway to get my TV out to work? I have a vague recollection of maybe the analogue monitor interfering, but I don't know. I'd appreciate any help. Let me know if you need more system specs. Hey, I was having the exact same issue as you.

I was also not able to go into the BIOS when I had the TV plugged in with the analog monitor because it wouldn't display until windows started. I have a Radeon x1650 pro with the ATI catalyst drivers and was using an analog to DVI converter for my old analog monitor along with my TV as a secondary display. Like you said, I believe it has something to do with the analog monitor. Anyways, I just purchased a new widescreen DVI monitor and now it detects both displays just fine and I am able to use theater mode. For me, the answer was worringly simple. All I had to do was unplug my analog monitor and plug it into the other connector!!

I swear I had tried this earlier - with no picture at all as a result - but that's what ATi support suggested. Of course, by then, I had already gone to the trouble of researching and purchasing a new DVI screen.which I returned and now all is well (except that sometimes Windows resets my primary screen resolution to 1024x768 and won't let me go any higher until I switch primary and secondary and increase the resolution and switch back - weird.).